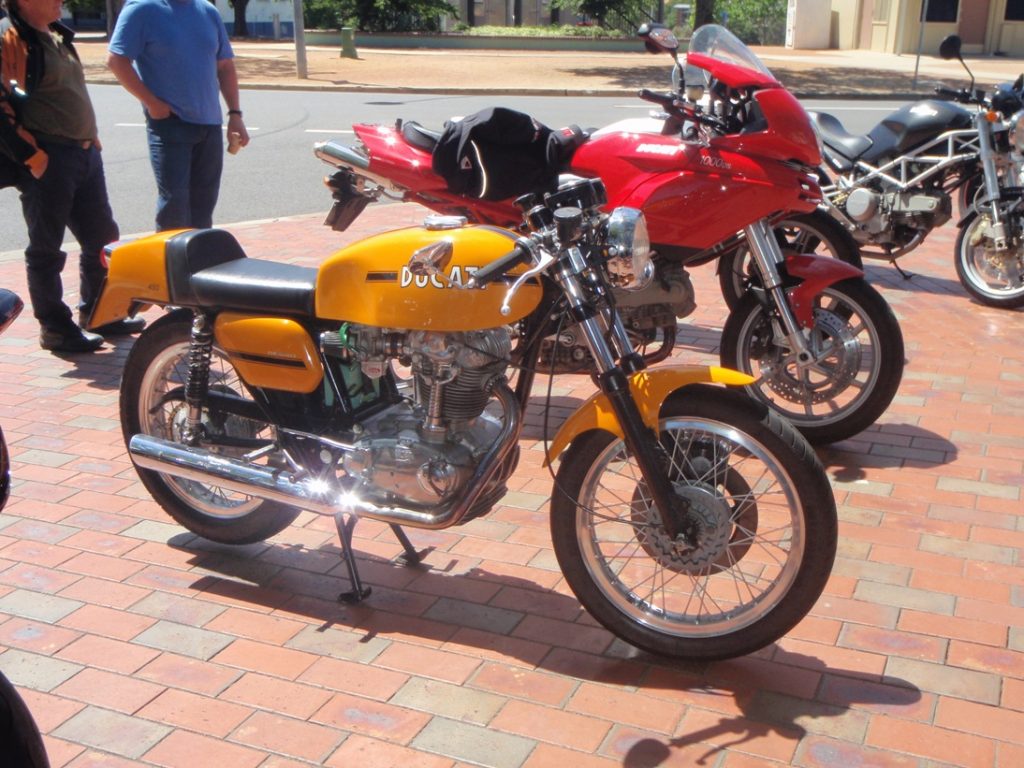 ybaf
As indicated above the weather was great – best weather ever on a Harrietville Run. This is/was extremely unusual for April but perhaps global warming has some beneficial side effects?
Yellow demon
Angelika is a demon on the 250 bevel scrambler. She punted the little bike extremely well and rode fantastically well. Lucky she wasn’t on the 600 Pantah she rode on the November Khancoban Run as we wouldna seen her for dust. Notwithstanding that little scrambler got a thrashing, at the end of the run it was still oil tight & pristine. Certainly, any Pommie or Yank bike of the same vintage would have been pissing oil after such a run.

Whips a cracking
The Man From Snowy River Festival was on in Corryong and I’ve never seen so many caravans/camper trailers & 4WDs. The town was chockers. Why it’s in Corryong is hard to fathom – the Snowy River is on the other side of the Alps. It should be held in Jindabyne which is @ the start of the Snowy River. It’s mainly a Victorian festival celebrating the mountain cattlemen of the 19th and early 20th centuries and for many it laments the now exclusion of cattle from the Alps for environment conservation reasons. A v/proper exclusion it is too!!

Newby Queenslander
There was 1 person new to the Harrietville Run being Queenslander Keith White on his big 4 valve Strudel. It was the 1st time Keith had seen any of these mountain roads before and I noted to him @ lunch on the Sunday @ the Wild Brumby (near Jindabyne) that he’d been on the best motorcycle roads in Australia over the past 3 days. He should consider it a treat and motorbike riding don’t get better than this.
Law & order
I self-appointed myself to be the ride captain for the run. Why? I like order, structure & meetings; much to the annoyance of the non-public servants amongst the riders. The Harrietville Run features much travel on poorly marked (or no marked) minor roads that only a few riders know the way. I was born in Vic and have been traversing these N E Vic & S E NSW roads for many years travelling between my then home (Melb) & my parent’s home (Canb), before doing any Harrietville Run. Proper ride organisation and corner marking has to be done as I have spent several occasions chasing around these roads tracking down errant riders who don’t know the roads. Not fun at all!! I don’t like doing it as organising the non-public service riders is like herding cats, but worse, cats with lip, with attitude and a belligerent non-conformist streak. The CDDCprovides $s for a support for a vehicle & trailer on the Harrietville Run and I think Like $s should be provided for an electric cattle prod to deal with the riders who’ve not had the benefit of being in the public service.

Nigel
Deb (Support) would like to thank everyone for the warm welcome! She had a lot of fun in the fabulous weather and countryside chasing the pack, as well as some great accompany from all riders during lunch & the evenings, also enjoyed by a riders mother in which that particular rider wishes to keep what was revealed about himself to the Harrietville attendees stay in Harrietville, breakfast on a Sunday morning before returning home has created problems & confusion on a number occasions at this event & should be worked on a little more…..a reminder….new member & debutee (Keith’s) missed marker with Alan having to chase him down.

Leigh
Mark Armour (BMW 1250RS) joined the CDDC group at Harrietville and enjoyed our ride on Saturday as well as part of our trip home via Granya Gap. Mark said to say “thanks” for having him along and he hopes to see us again in the future. Leigh enjoyed himself as usual. It was the first time he had been over the Dead Horse Gap road. 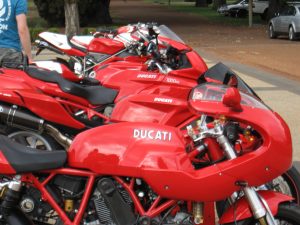 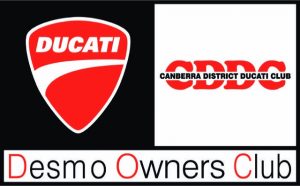